HomePhotorealism: The Art Of Making A Painting From A Photo.

Photorealism: The Art of making a painting from a photo.

Throughout the ages, artists have worked to depict their world through their art. From the earliest rock painters of the paleolithic age to the artist in the modernist era, representing the world, its people, and its surroundings have been an overwhelming drive of the art world. One of the earliest examples of Photorealism can be found in the late Roman period (147-30 B.C.), termed Verism, derived from Latin for true.

As the art world evolved over the centuries, techniques evolved and various styles and art movements came up. One such major art movement in the modernist era is Photorealism or the art of a making painting from a photo. Before photography developed, artists would make paintings directly by observing their subjects in their natural settings and replicating them on canvas through painting. They paid particular attention to the detailing, the study of expressions and anatomy, and the play of light and shadows. In the 1600s detail and a realistic, lifelike effect were in high demand. These artists often used numerous layers of carefully thinned oil paint to avoid any traces of brush strokes and build up rich and vivid colors in their work. Painting still life images with simplistic, subtly lit backgrounds, their candles, fruits, bones, quills, and other objects were incredibly lifelike. 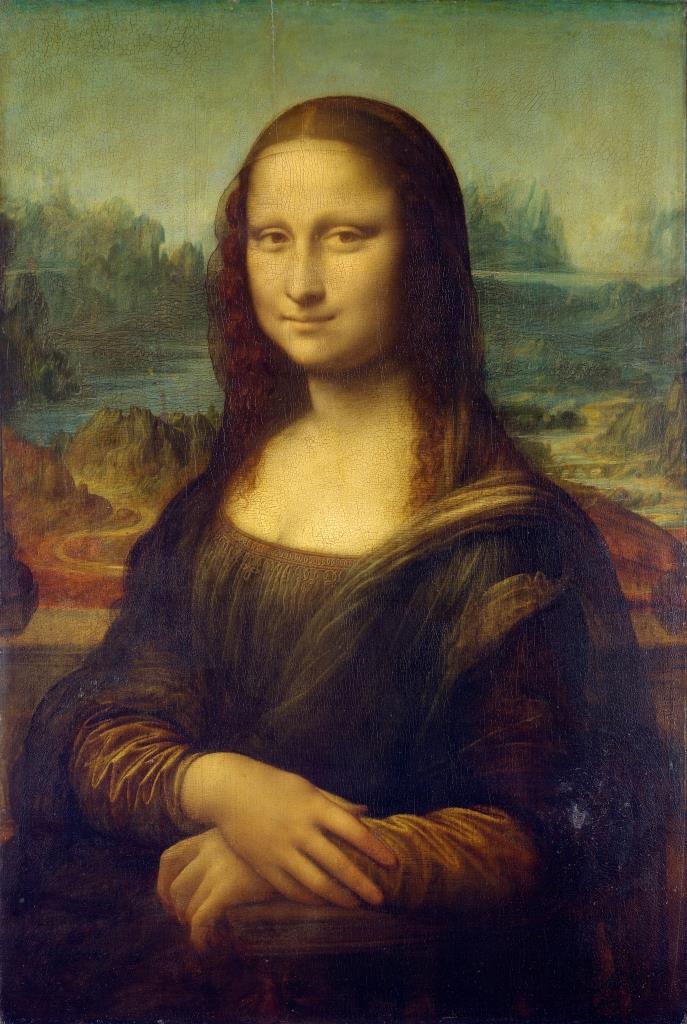 Leonardo da Vinci was noted for the detailing in his oil painting portrait works, which he mastered by studying the human anatomy. Other artists like Monet, focussed their efforts on studying light and shading, trying to replicate the effect on their canvas. Dutch masters like Johannes Vermeer used similar fine brush strokes to achieve highly realistic portraits and paintings.

It can be said Photorealism, the art of making a painting from a photo, is a movement associated with the development of the camera and its technology. The principles of realism and likeness have existed throughout the history of art for much longer than the camera existed.

During the early stages, as camera technology developed, it rocked the foundations and principles of painting. Traditionally as an art form, paintings offered pictures of the scenes, people, and the world around us, but a photograph was suddenly able to do the same thing in a fraction of a second. Artists and painters had to reevaluate their own goals, methods, and styles they used to accomplish them. Over time, photorealists warmly embraced photographs as the primary source material to gather information to make a painting from a photo. Initially, the artists went to great lengths to hide the fact, that the painting was made from a photo, as it was deemed inappropriate to make a painting using photos as an aid.

When did Photorealism start?

As an art movement Photorealism evolved from the pop art movement and as a counterreaction to the abstract and minimalist art movement in America in the late 1960s and early 1970s.

To give a short primer of the modern art movements, the Modern art era started with Impressionism, named after Claude Monet's oil painting work Impression, Sunrise, Soleil levant then came Post-impressionism, led by Vincent van Gogh, Paul Gauguin, Georges Seurat, Henri Rousseau, and others, followed by the Cubist movement led by Pablo Picasso, Georges Braque, and others. The cubist movement gave to Abstract expressionism led by Jackson Pollock, Mark Rothko, Williem de Kooning, and others. The abstract expressionism movement was followed by an even more extreme form of an abstract art form, called Minimalism, which developed in the 1960s.

Both Pop art and Photorealism developed as a counterreaction to Abstract Expressionism and Minimalism, which became the dominant styles in the art world during the time. Both the art movements (pop art & photorealism) rejected the contention of the dominant art view that art needs to be stripped off its imagery and had to be reduced to basic geometric forms and shapes.

Pop art used pop culture and advertising motifs, symbols of mass production and consumption culture of the time, to reflect the exuberance of consumer culture.

Photorealism, though influenced by Pop art, went in the opposite direction. Instead of using consumer imagery, symbolism, and comic book representation like Pop art, it took photos as its source material and sought to recreate the photographs as paintings on canvas as realistically possible. in Photorealism, the photograph became the sole arbiter of reality as perceived by the artist, making a painting from a photo an acceptable art form.

Who coined the term Photorealism?

In 1970, the Whitney Museum catalog for "Twenty-two Realists" used the word Photorealism for the first time, coined by author and art dealer Louis K. Meisel in 1969.

At the request of Stuart M. Speiser, who had commissioned a large collection of works by the Photorealists, Louis K. Meisel developed a five-point definition two years later.

What are the 5 characteristics of photorealism?

The 5 Characteristics of Photorealism, or the art of making a painting from a photo, as defined by Louis K. Meisel are:

1. The Photo-Realist uses the camera and photograph to gather information.

2. The Photo-Realist uses a mechanical or semi-mechanical means to transfer the information to the canvas.

3. The Photo-Realist must have the technical ability to make the finished work appear photographic.

4. The artist must have exhibited work as a Photo-Realist by 1972 to be considered one of the central Photo-Realists.

5. The artist must have devoted at least five years to the development and exhibition of Photo-Realist work.

What is another name for photorealism?

Making a painting from a photo, realistically has been termed Photorealism. Photorealism is also known as Hyperrealism, Super-Realism, New Realism, Sharp Focus Realism, and Verism

What is the difference between photorealism vs Hyperrealism?

While photorealists devote themselves to making a painting from a photo faithfully, hyperrealism adds emotions, messages, and narrative to their work. 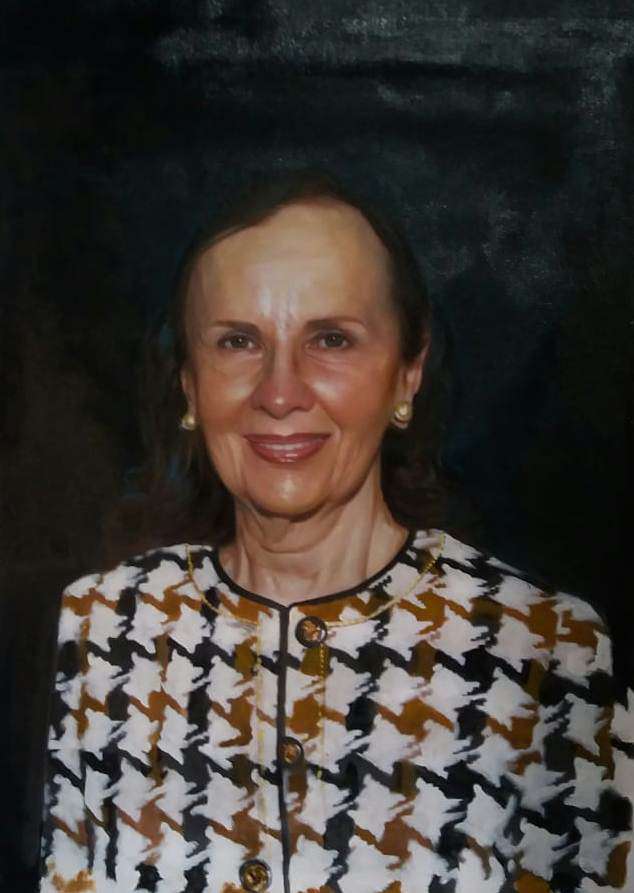 Photorealism as an art movement emerged in America during the 1970s and soon spread to the rest of the world, with many European artists joining the movement.

In a letter to Lois K. Meisel, artist Geroge D. Green, a leading painter, and theoretician of abstract illusionism acknowledged the debt of today's realist artists to photorealism thus:

'The battering ram of Photorealism has had a hard charge at the status quo and take back intrinsic aesthetic values. Values not tecniques. Old master technology was always been with us. For some artists, it offers personal utility. But the technique is not what this is all about. The photorealist recovered and resurrected many of the values of the so-called Old Masters, but they did so by introducing new/revolutionary techniques and processes some of which harkened back to the past times and many of which depended on new technology and products. When my work is fully understood and accepted it will be the Photorealists and you to whom I will be indebted.' 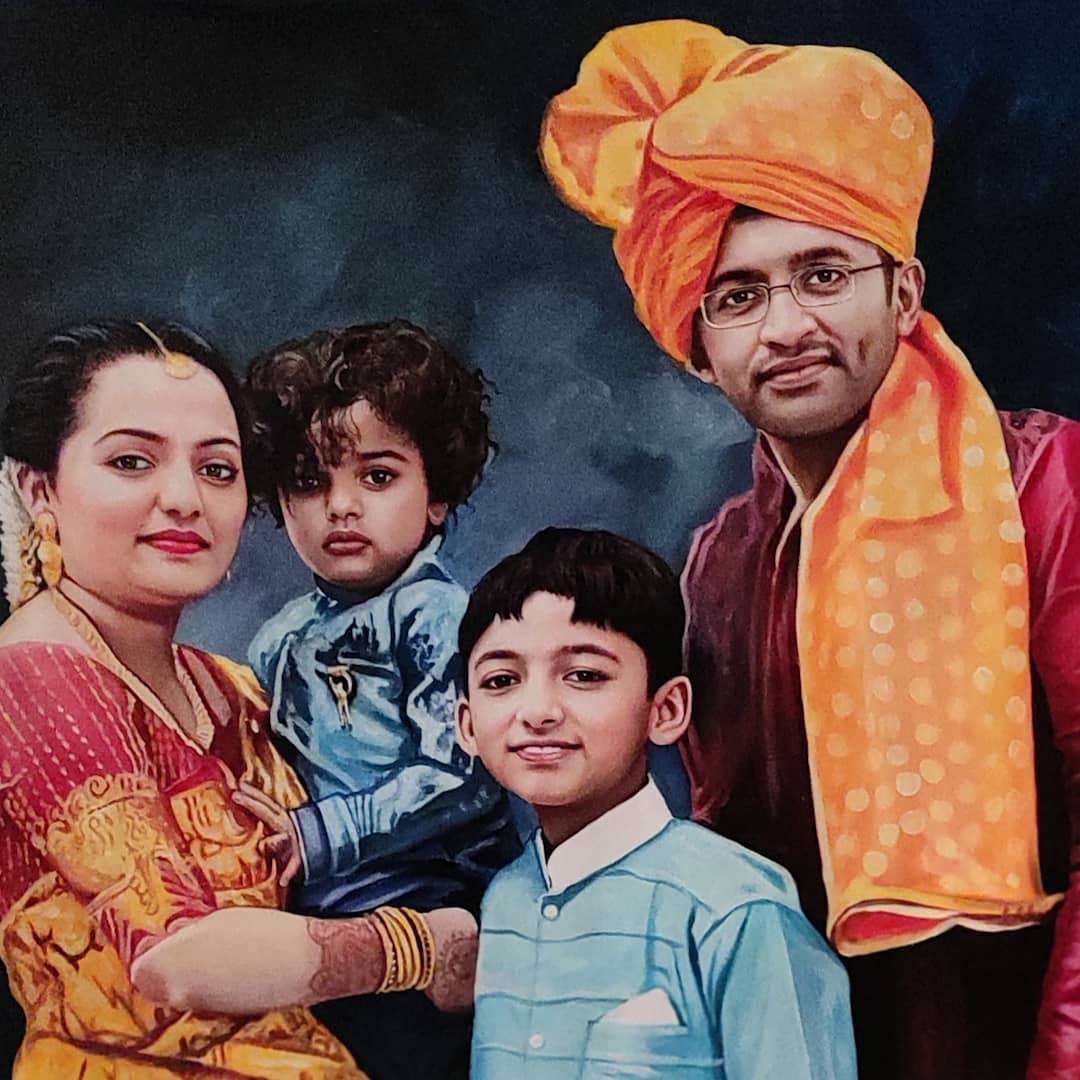 Beyond the art world, photorealism's real contribution has been in taking the movement to the masses through technologies like the internet. In the earlier days, if you wanted to make a painting from a photo, you would need to find an artist, check his quality of work, and commission him to make a portrait. After giving him the commission you will then need to pose for the artist for several hours, while he makes a draft sketch of you. Once the draft sketch is ready, the artist will then take it to his studio and start the work of making your portrait from the draft sketches. Which may take several days or even weeks. Thereafter once the painting is ready, you will need to visit the artist for the final sitting and approval. The entire process of making a portrait painting was rendered cumbersome before the advent of photorealism. 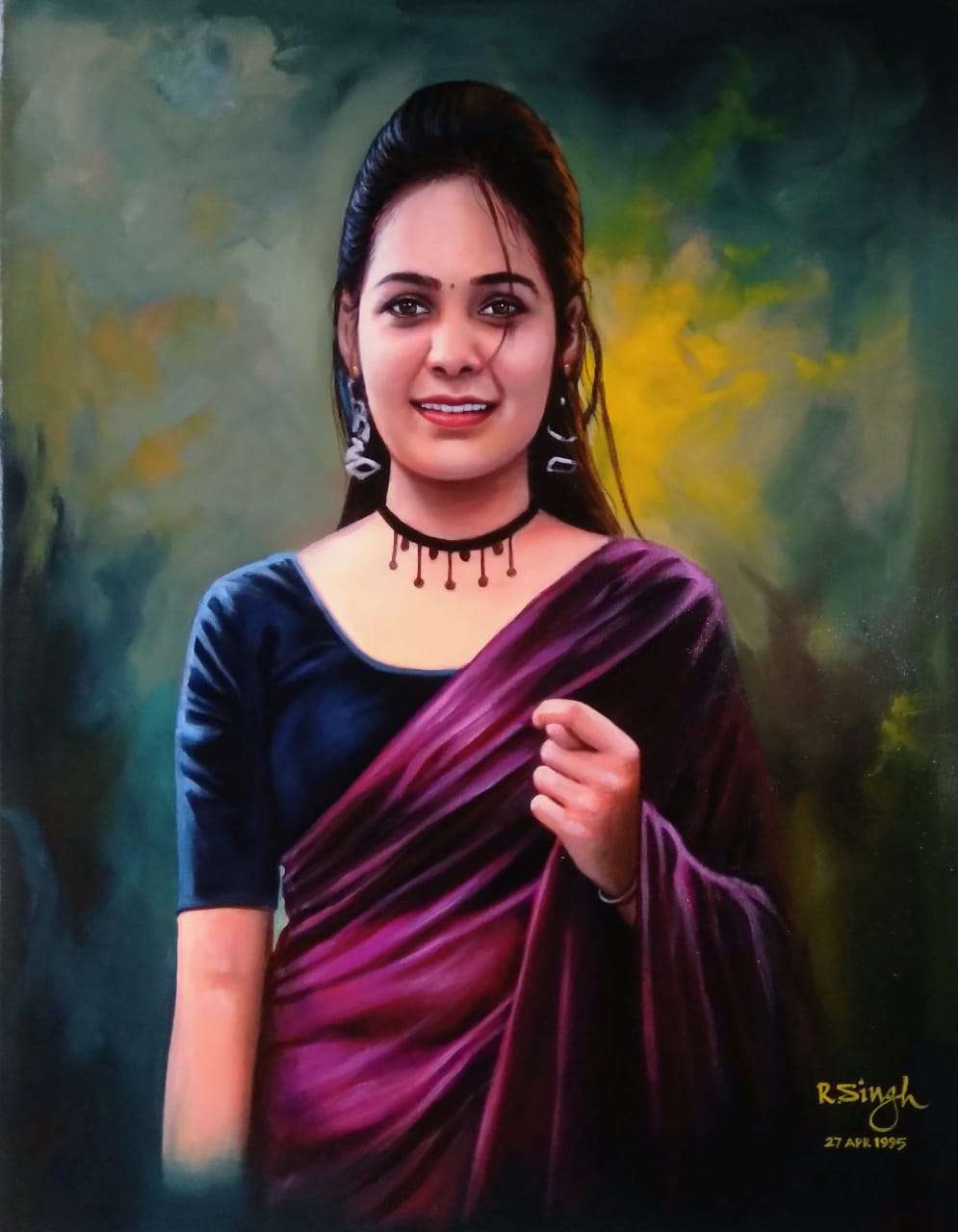 The entire process of making an oil painting portrait has been simplified and effortless by the advent of the internet and social media. The portrait can be commissioned over the internet by sharing a reference image. The artist makes the portrait painting from a photo and shares the image of the painting with the client over email and WhatsApp for approval. Once approved the painting is delivered to the client.

Photorealism and the internet have expanded the commercial reach of artists worldwide earlier localized to their neighborhoods. A client can be based out of the United States, or in the Middle East like in Turkey, UAE, Qatar, Kuwait, or Oman, and commission a portrait artwork while the artist will execute the commissioned art based in India or Asia. It is like having an artist always near me or you whether you are based in New York, California, Los Angeles, or you are based in Dubai, Abu Dhabi, Doha, Riyadh, or Muscat.

Thanks to the internet and the techniques of photorealism, which enable an artist to make a painting from a photo, now dedicated websites like instapainting.com, paintyourlife.com, and paintphotographs.com, that create custom handmade oil portrait paintings and oil paintings on -demand. The paintings produced by these sites are used by patrons as elegant anniversary gifts, wedding gifts, birthday gifts, housewarming gifts, retirement gifts, and Mother's day gifts. Photorealism continues to be hugely relevant to the world today.

For further reading, you may refer to the notes and reference section 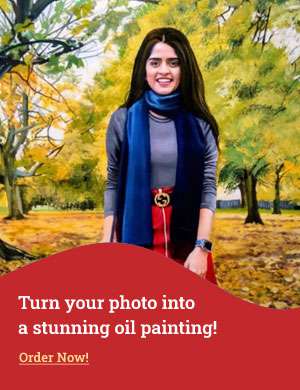 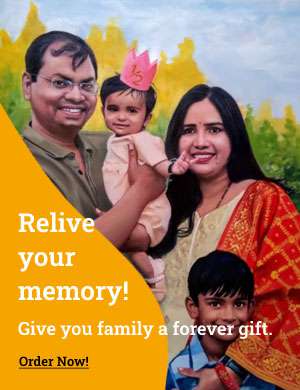 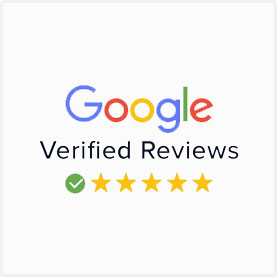 Beautiful memories recreated in form of paintings. I had requested them to create a painting combining two different photos and they aced it. Really happy with their work and highly recommend it.

Love be a part of you. Excellent work , the painting was beautiful it's amazing . She was very happy when I gifted. THNXX

They did the amazing and much perfect professional work .They can do any kind of sketching and gives life to our ideas ♥️

The Team Of PaintPhotographs specially Sweta ji is Amazing & his Works are Speechless. My Personal Experience is Good

They make our missing people be with us Love your work and the way you approach during making the painting.